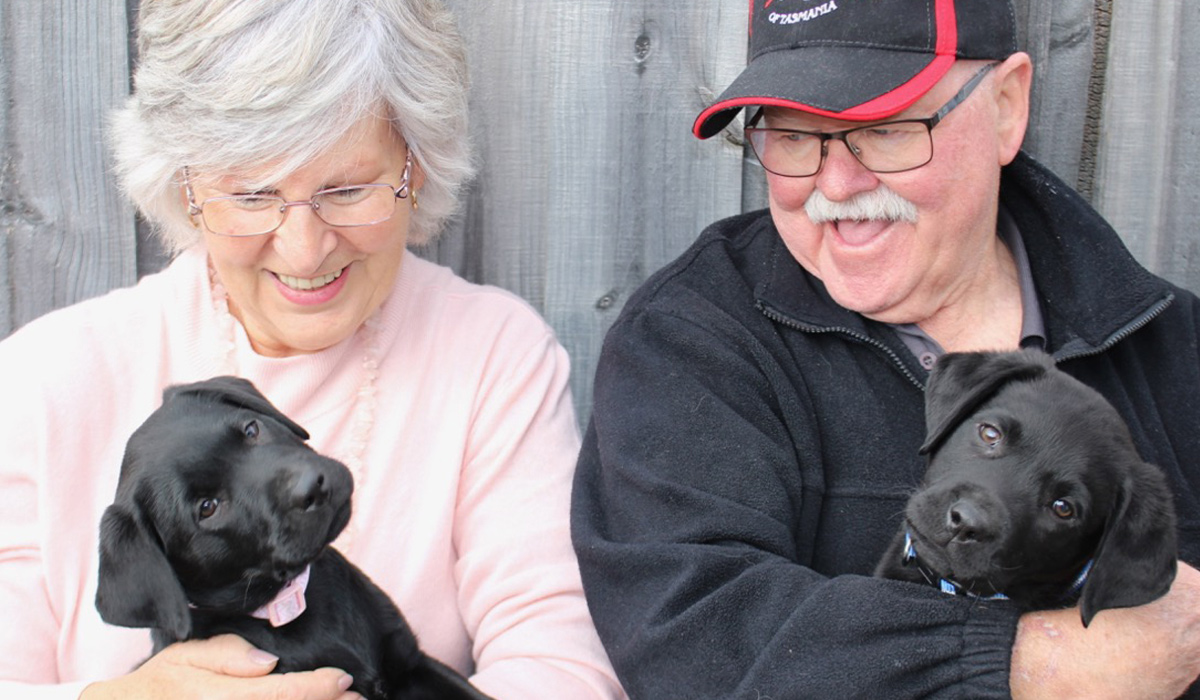 It’s the best feeling in the world!

Do you remember Vinnie, our Autism Assistance Dog who we introduced you to in the last edition of Paw Prints?

This beautiful black Labrador is helping a young Tasmanian boy, Lucas, deal with meltdowns that used to cause his whole family a huge amount of stress.

He’s made an incredible difference in the short time they’ve been together. And Launceston puppy raiser Pauline Oliver played a big part in the success of this partnership.

“When the story popped up on the television, I had tears in my eyes,” Pauline says. “I was just so blown away by it all.”

Pauline plays down the role she played in Vinnie’s success as an Autism Assistance Dog. But without wonderful volunteers like her, these amazing dogs could not be trained right here in Tasmania

Pauline voluntarily took care of Vinnie from eight weeks of age up until 18 months, when he began his formal training..

From day one, her role was to teach Vinnie how to be a well behaved and socialised puppy. Every day, she would take him out to different places to get him used to a wide range of people, noises, surfaces and smells.

It’s a big commitment, but one that Pauline recommends to anyone if they have the time.

“You just can’t explain that emotional feeling you have when you see the dog you cared for matched up with somebody,” she says. “It’s the best feeling in the world.”

And while she admits there were many tears when it was time to say goodbye, Pauline knew Vinnie was going off to do something amazing. “You’ve got to have in your mind that the dog is not yours. You’re doing it for somebody else’s betterment of life,” she says.

Guide Dogs Tasmania is currently looking for suitable people to care for the pups in training or dog boarders for older pups.

Learn more about becoming a proud puppy raiser like Pauline.