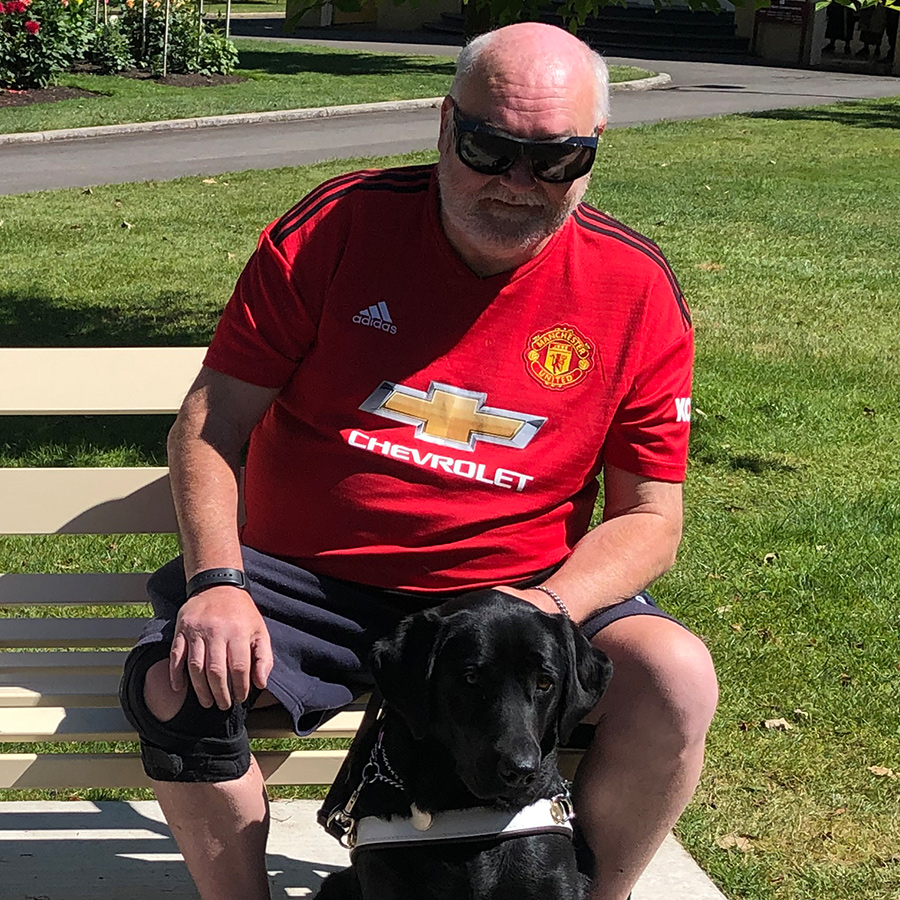 The start of a beautiful new relationship

When Wayne, a truck driver, developed blurred vision in 2015, he visited an eye specialist, who told him his vision loss was due to diabetes. “So in the space of about three minutes, I was told I’d lost my job, lost all my licences, had diabetes and was going to lose more of my sight,” says Wayne.

As his vision deteriorated, Wayne moved to Tasmania and began using a white cane, but the impact on his everyday life was significant and socially isolating. “I got out to the shops and learnt how to use the buses and get to my doctors’ appointments so eventually it got better, but at first it was really hard … and at night time I’d lock myself away because not being able to see so much who was knocking at your door you didn’t feel too safe,” he explains.

Now, with Elly by his side, Wayne’s world is changing again – for the better.

“Oh, she’s beautiful,” says Wayne “She loves her cuddles, and even after only two and a half weeks, she doesn’t really want to leave my side.

“I think the biggest things she’s giving me are companionship and actually making me get out into the community more.”

The two of them are still working with Cadet Guide Dog Mobility Instructor Sean, to develop a confident and trusting working relationship.

“She’s now my eyes, so I have to put all my trust in her, but it’s going to take a lot for me to do that until I get used to using her and we get used to each other,” says Wayne. “It’s really scary, to be honest… but Sean and [Guide Dog Mobility Instructor] Kim have been very reassuring and in the long run, it’s going to be brilliant.”