A selfless act of kindness 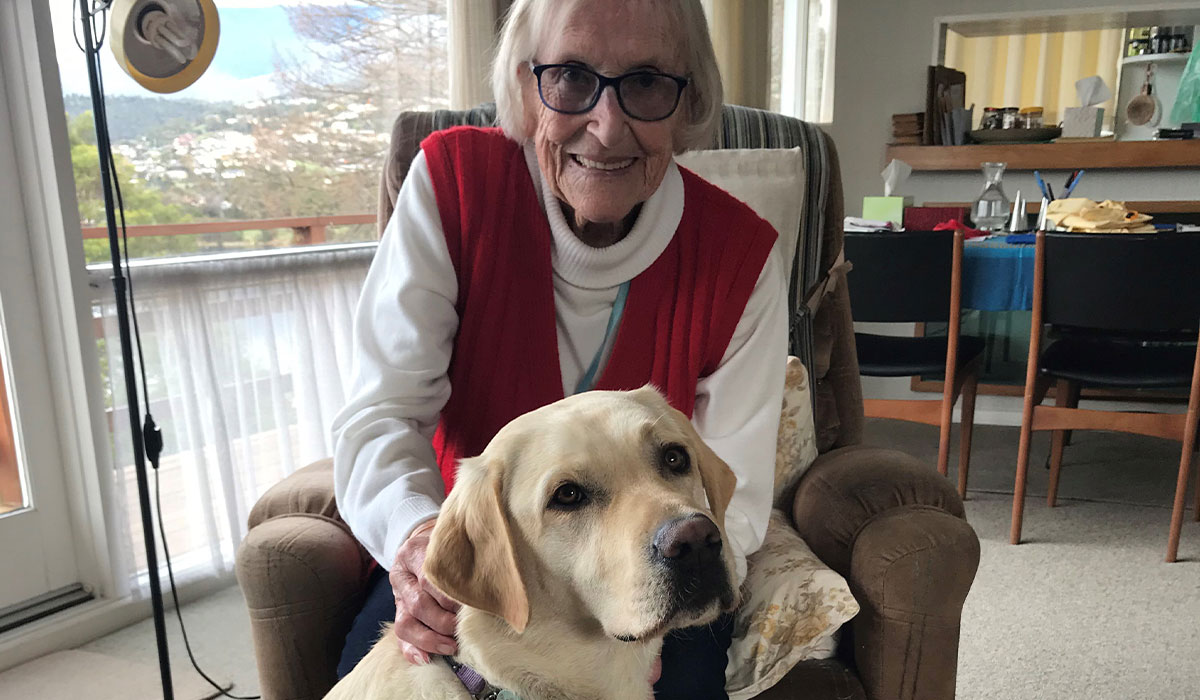 “To the people who receive one of these special dogs, it opens up a whole new world; giving them a chance to work, participate in society and to live a full life.”

Seeing the change she has made to someone’s life is by far the most rewarding part of sponsoring a Guide Dog, according to Barbara Self.

The 91-year-old made a generous gift towards the training of Guide Dog Frankie, a gorgeous golden Labrador who was recently placed with his handler, Clinton.

Frankie is named after Barbara’s late husband, Frank, who was an avid supporter of Guide Dogs Tasmania, along with his wife.

The couple had their own pet Labrador, Alice, who they believed was “the most spoilt dog in Hobart”.

But they also believed strongly that Guide Dogs have an incredible bond with their handlers, and that the improvements they make to people’s lives was something well worth supporting.

It is something that Barbara has chosen to carry on, and along with Guide Dog Frankie, she is now helping pups in training, Alfie and Kayla become future heroes.

“It takes a lot to raise a Guide Dog puppy, but it is just so important that more Tasmanians can be helped if possible,” says Barbara.

“To the people who receive one of these special dogs, it opens up a whole new world; giving them a chance to work, participate in society and to live a full life.”

Barbara has been able to see this transformation first-hand at Guide Dogs Tasmania’s annual graduation ceremony – one of the many perks of being a sponsor.

“It was lovely to see Frankie with his handler and see the connection they have,” says Barbara. “What a happy life they will have together.”

Guide Dogs Tasmania offers a number of different sponsorship options with a range of benefits that will keep you up-to-date and involved in the journey of a very special puppy.