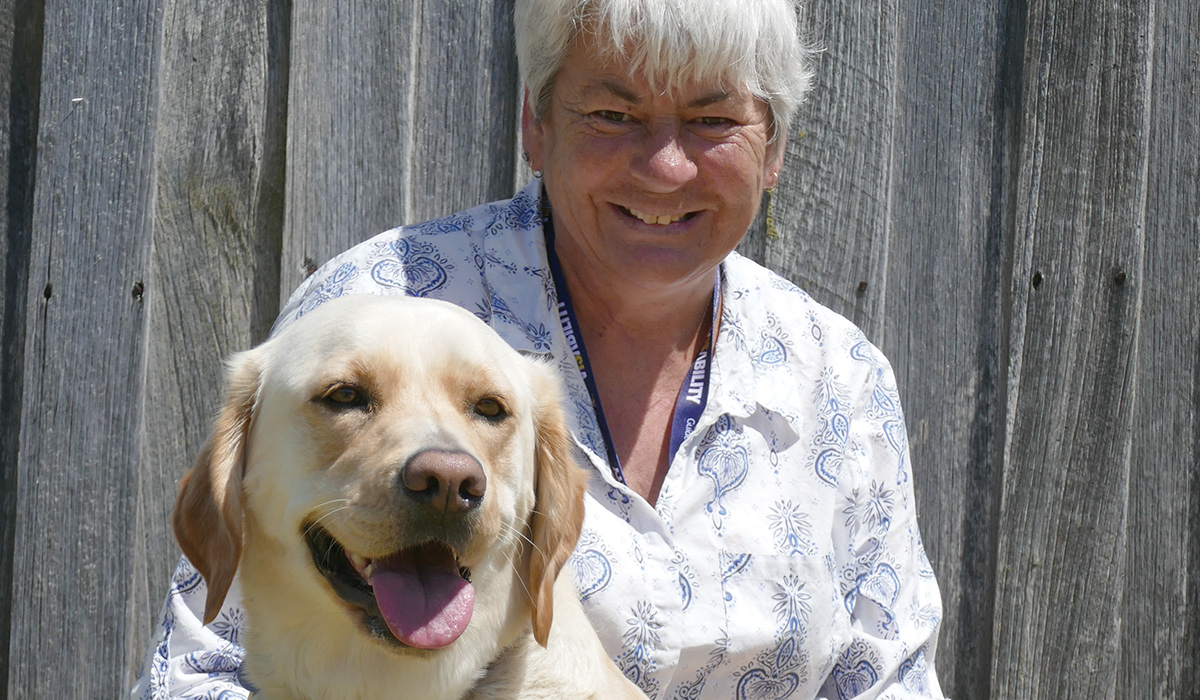 “Sara is so gentle and friendly, and we bonded instantly. It’s as though she said, I’ll have you; you can be mine.”

Dianne lost her sight suddenly three years ago when the optical nerves in her eyes were damaged.

Her whole world turned black – “as though someone had just turned off the lights,” she says.

Struggling to adjust to life without sight, Dianne had very little confidence in herself.

“I was running on nervous energy… I couldn’t stay still,” she says. “I’d go wandering with my cane, and who knows where I’d end up. I didn’t feel safe at all.”

But thanks to caring people like you, Dianne is doing so much better these days.

Matched with her first Guide Dog in October 2020, Dianne has started a new journey with the beautiful Sara by her side.

“Sara has made such a big change to my life… It’s the freedom to get around to places again, feeling safe, and having a constant companion which has made the biggest difference,” says Dianne.

Nowadays, Sara accompanies Dianne shopping, to catch up with friends and on trips around Tasmania – Sara has given Dianne back some of the independence she had lost.

Dianne says Sara is brilliant in new places, which gives her the freedom to go anywhere.

“Having Sara has helped me so much, just to get out and go places. I can go walking anytime I want, instead of being stuck at home,” she says. “Sara is extremely popular in the community and puts smiles on everyone’s faces, including mine.”

And it’s not just Dianne’s mobility that Sara has helped with.

Having suffered from depression for several years, Dianne says her mental health has greatly improved since having Sara in her life.

“Often, I’ll be sitting on the ground, and she will come and lie her head on my lap,” says Dianne. “She really picks up on what mood I’m in and makes me feel so much better about myself. She has made such a difference to my life, and I couldn’t imagine being without her.”