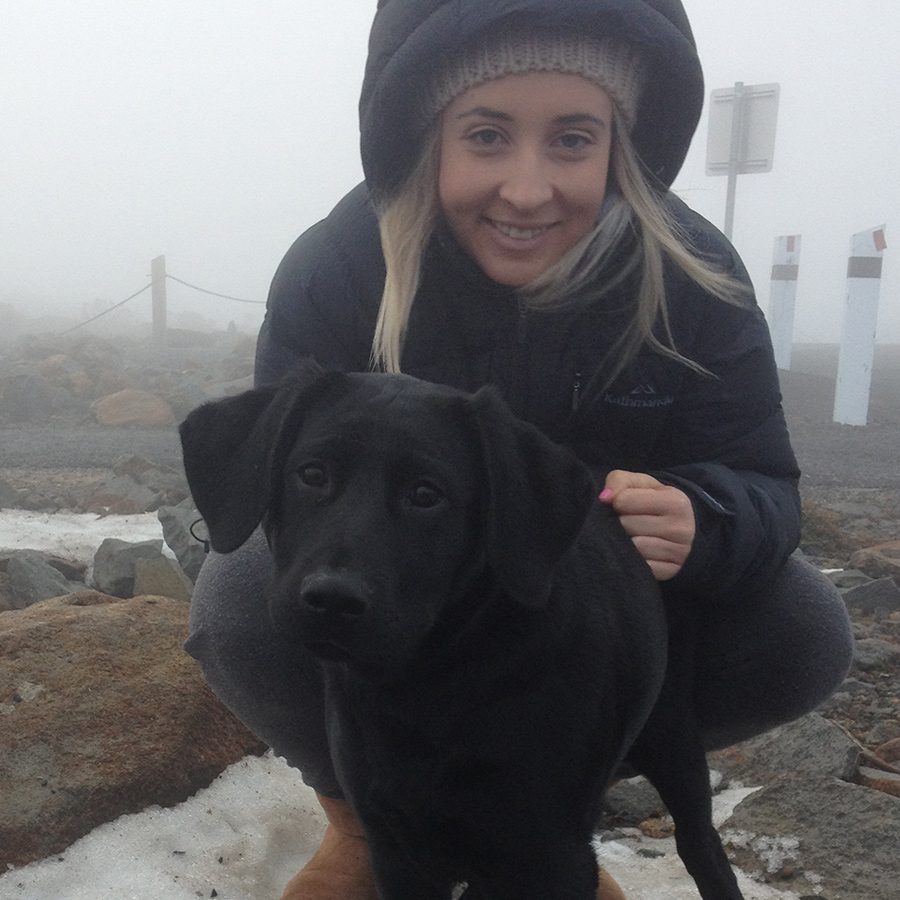 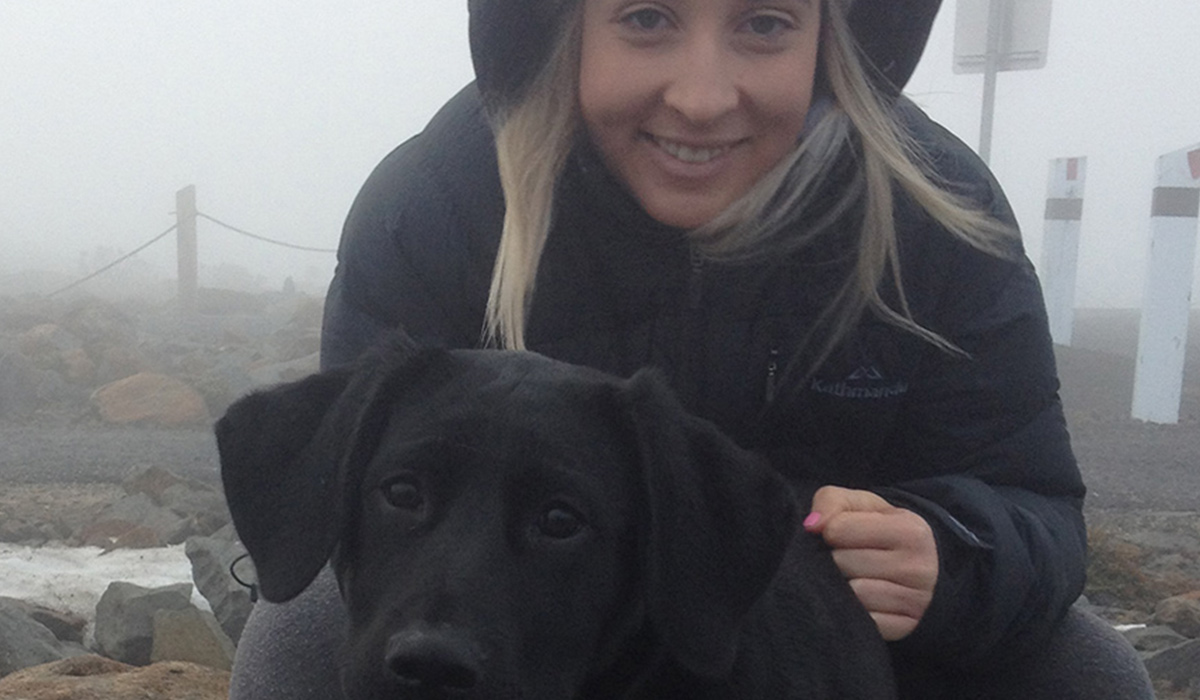 I just wouldn’t be able to hand a pup back!

This is something we hear regularly when it comes to raising a Guide Dog pup, but this is the glass-half-empty approach to puppy raising. Yes, it’s a challenging task. Yes, you will get attached to that little puppy as you watch it grow and yes, it will be difficult to hand it back when the time comes.

But what if you flipped it around and took the glass-half-full approach instead?

Guide Dog, Pepper, graduated in 2016. She was raised by Dee Earley, a young woman studying Law at the University of Tasmania. Dee now lives and works on the North West Coast and Pepper lives and works in Hobart with her handler, Sara.

“I decided to apply to volunteer as a Puppy Raiser for Guide Dogs Tasmania after moving to Hobart to study Law.”

After growing up on a farm, this was the first time in my life I found myself without any pets – something I didn’t enjoy. Raising a Guide Dog seemed like a great fit as I wasn’t in a position to commit to a dog of my own given I didn’t know where I would be living after university. Financially it was also appealing, as almost all the costs of puppy raising are covered by donations made to Guide Dogs Tasmania.

Those were the rational and admittedly selfish ‘pros’ influencing my decision to raise a Guide Dog. It wasn’t until I embarked on my puppy raising journey that the true benefits of being a puppy raiser became apparent.

“Raising Pepper allowed me to devote every day of my life for two years to doing something that would fundamentally change the life of someone I would probably never meet – I was hopefully helping to give them a new set of eyes.”

I also underestimated the positive impact puppy raising would have on my own life. Law students are statistically the most likely to suffer from a variety of mental illnesses throughout their tertiary studies, due to the pressure and competitiveness of the degree.

Reflecting back now, I genuinely believe Pepper shielded me from much of that. She brought light and purpose into every day, and my puppy raising responsibilities prevented me from being entirely consumed by perfectionism and becoming a complete slave to my degree.

I also have Pepper to thank for almost all of the friends I made at university. For me, having a learner Guide Dog meant every day was ‘bring your dog to school’ day. It wasn’t long before she was a bit of a Law School celebrity. She was the ultimate ice breaker. Everyone wanted to know about and sit near Pepper the Guide Dog.

Pepper was my shadow for two years – she came to uni, to the supermarket, and to the hair salon. That was one of my greatest things about raising a Guide Dog. You can take them everywhere. I remember some times when it was raining and I needed to wear Pep out I would take her to a shop so she could have a walk without us having to get wet! My only regret is never taking her on a plane!

Being a puppy raiser also has the perks of you getting some free lessons in canine obedience. I like to consider myself a bit of a dog whisperer now thanks to all I learnt having Pepper and the skills I was required to teach her. When I finally do get my own dog they will be very well behaved!

Throughout the journey everyone’s number one question was always “How will you ever give her back?” My answer from the beginning was that she was going to be someone’s eyes and that was much more important than me having an awesome dog.

In my mind, Pepper was always going to be a Guide Dog. I could never change that. The only way our paths could ever cross was if I was her puppy raiser. And I would always rather have had the two amazing years I had with her, than have never had her in my life at all.

“I am so proud of both of us, and will always see Pepper as a super hero and my best friend.”

I hope our paths cross again in a decade or so when her Guide Dog career is over. I’m sure by then we will both be ready for a luxurious retirement!