Setting a pup up for life 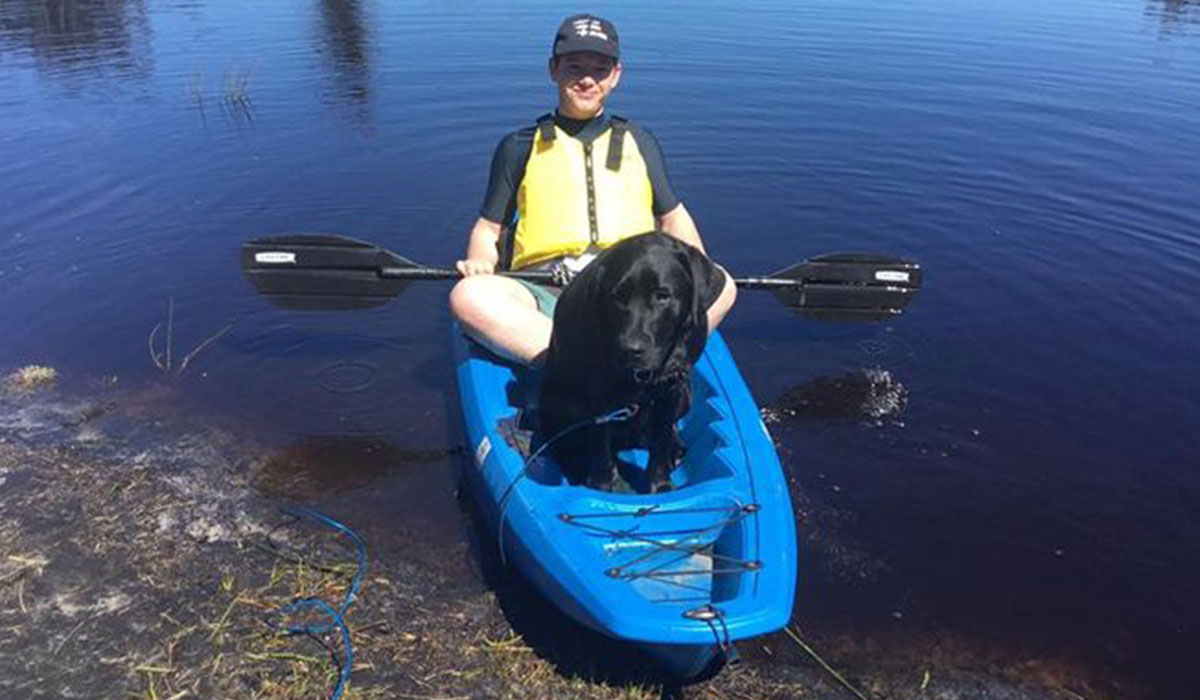 “What I’m offering is an opportunity to add value to someone else’s life, someone who needs him more than I do.”

It’s been 20 years since she raised her last Guide Dog puppy, but Tracey Pannel is now back in this important volunteer role, and finding it as rewarding as ever.

Along with her husband, Scott, and 15-year-old son, Bailey, Tracey is puppy raising the gorgeous Freda – a golden pup who recently joined the program.

“Whether their future is as a Guide Dog or Autism Assistance Dog, our role is to give the puppy a good grounding to go on,” says Tracey. “I get just as much out of it as I put in – probably more!”

The family recently handed their previous pup, Ronnie, back to Guide Dogs Tasmania. After caring for him for 12 months, Tracey says she feels proud to see him go on to the next stage of his training and a new home with a dog boarder.

“From the day I take on a pup, it’s in my mind that they don’t belong to me,” she says. “What I’m offering is an opportunity to add value to someone else’s life, someone who needs him more than I do.”